Hey! You can’t park there 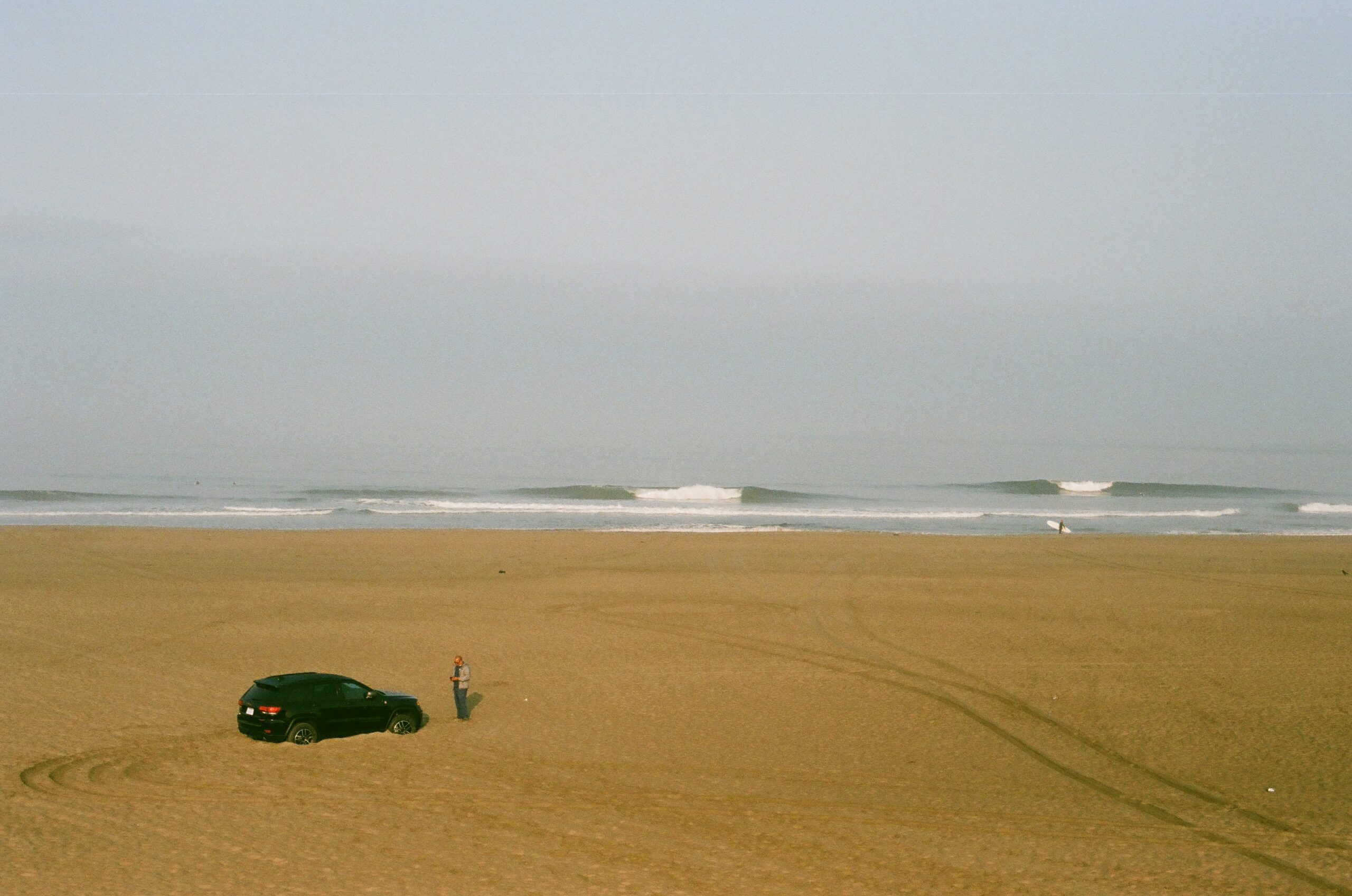 Hey! You can’t park there — is what I would have shouted had there been someone in the car. Instead, my mind raced to think of a reason a perfectly brand new Jeep was abandoned knee deep in the sand at Lincoln. Was it stolen? — I’ve had two of my own swiped — Drunk driver? — wouldn’t put it past them. I snapped a few pictures, suited up and joined the masses for a super fun, glassy, peaky sunrise session.

Coming out of the water I realized — hey there’s someone by the Jeep. Maybe someone calling the cops? Not quite.

It turns out this guy worked up at UCSF — he had a lunch break in the middle of the night and decided to test out the “Sand Mode” on his brand new Jeep. Well he promptly got lost (“I thought I was by Sloat!”), did a few circles, lost momentum and buried himself at Lincoln. Needing to go back to work — he left the Jeep in the sand and returned just as my session was ending. Was he caught? Only if you consider the two parking tickets worth a few hundred bucks each. I’m imagining a DPT scooter cruising over the dunes to ticket an abandoned Jeep halfway up the beach… ah the City.

How does the story end? I actually left for some breakfast and returned a few hours later to witness this guy motoring off the beach — apparently aided by the lifeguards telling him to air down his tires. Successful outing for all, I’d say.

Back to the blog